I have created a post over on my sister site Mum Made Mine, check it out! You know you want to!

I spent a few hours trekking around a local shopping centre, redeeming birthday foods.
Obviously I couldn't eat them all at once, so my freezer became my friend!

Dropped E off at daycare this morning. She got into the grounds and a little girl called out her name and ran over to her and they hugged each other. OMG, I didn't realise she had an actual friend, I thought she just played with everyone. She does talk about a little girl (assumedly this one) and a boy.

As I was leaving, another little girl comes over and starts telling me she's 3 and asking questions (like where did I get my sneakers...). E says something (must have been the little girls name) and then states "but I don't like her."

I told her it wasn't nice to say that. I don't remember what the little girls reaction was, but I feel sorry for her.
Posted by scone at 12:58 No comments:

I was watching out the corner of my eye in the rear view mirror at E. My brain, some strange random reason, didn't look at  her lips, I *saw* them. They are still tiny and chubby, while she outgrows her baby face.
Posted by scone at 22:20 No comments:

I have no idea what I've been doing, but I have been thinking I need to be back..

I need a place to vent, to let go, to remind myself there is a part of me other than mother/ wife/ student/ employee. To record and reminisce.

I can't remember what has happened since July, but what I do know is...

J is trying out ballet for a term. (now wants to do little athletics - only today he was sick home from school {again}, little a's is tomorrow and I'm not risking it).

Third year nursing degree is HARD.  I'm over it. Not the difficulty - the fact that this is my 5th year. I'm done. I sorta want to quit. Technically, there's one year and 1/2 a semester left. But far out. It's too long. In the grand scheme of things, its only a little bit of my life. Still. It feels like forever away.

I want out of this house, soon. We are nowhere near deposit ready, but we are so ready to have our own place. Things are done my in laws way, not ours.  I just want to put things/do things/leave things etc my way, how I want. I only wanted to be here 1 year. This November marks 2 years. The way things are going deposit-wise, it's looking like another 2 years. I don't know if I can do that. HOWEVER, if it does take that long, I will be (hopefully) registered and working for a year by then and it will be more money and decent hours of employment.

Sometimes it's hard to look that far into the future. The prize is there, just it's so hard to see.

I have started eating more healthy (around 85% paleo again) since the 1st of this month. I need to shift this weight. I want to remove 10kg by Christmas. That will bring me to a weight I will be comfortable with (that I've been trying to get to since 2008). I won't be in the 'healthy weight range' bracket that health professionals want you to be at, but I'll look and feel better. 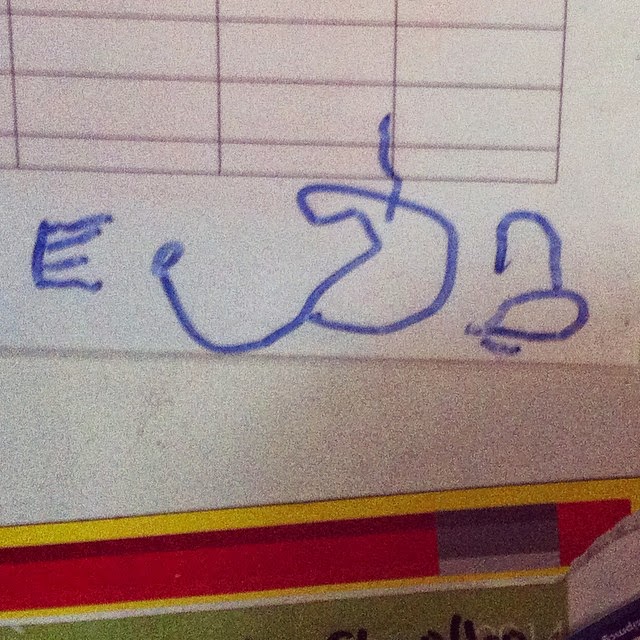 She had another go. Much more focused! 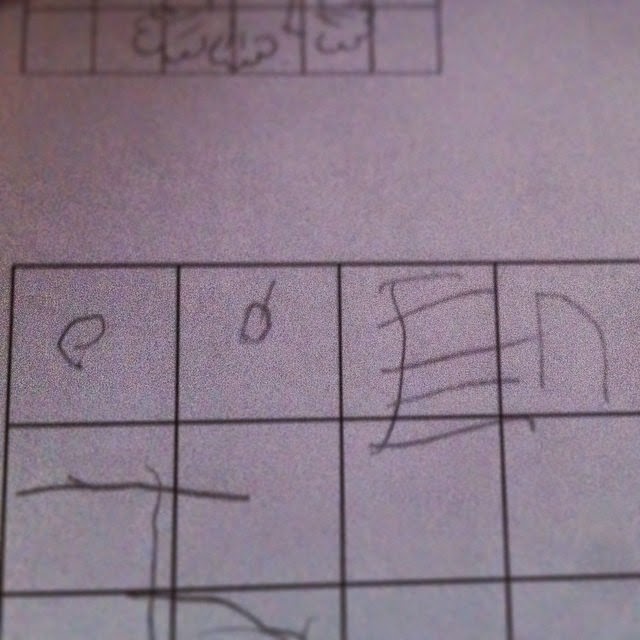 26 August
an hour and a half early for my computer lab. Boring. Guess I'll work on this assignment.

27 August
Jensen just said to me : "I like your expression!" Turns out I was smiling... I'm not sure how to take that...

Oh, come on Apple. This is a joke. I have only just had this problem fixed last month..... AND I have an assignment due Friday. NOT happy 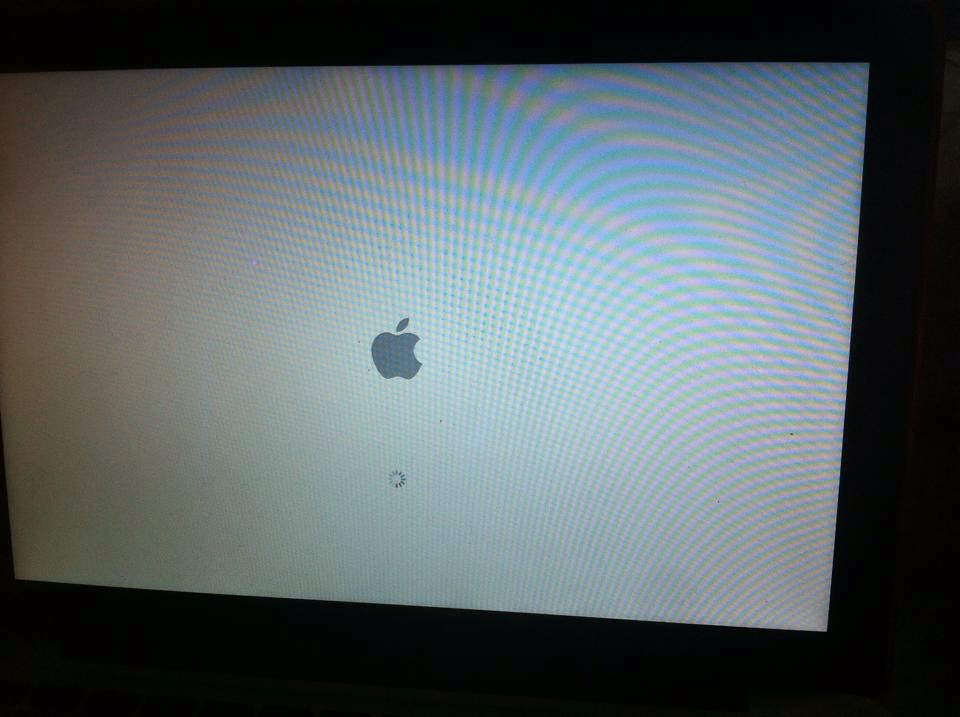 28 August
Another trip booked to the Genius Bar at the Apple store tomorrow  stupid MacBook.

29 August
Thank God it's Friday. Assignment draft submitted, even with all the drama (including ms word drama at 5am on Robert's laptop). Now to sort of my laptop out.

So, apparently, I need parkrun barcodes for tomorrow...

My board game buddy 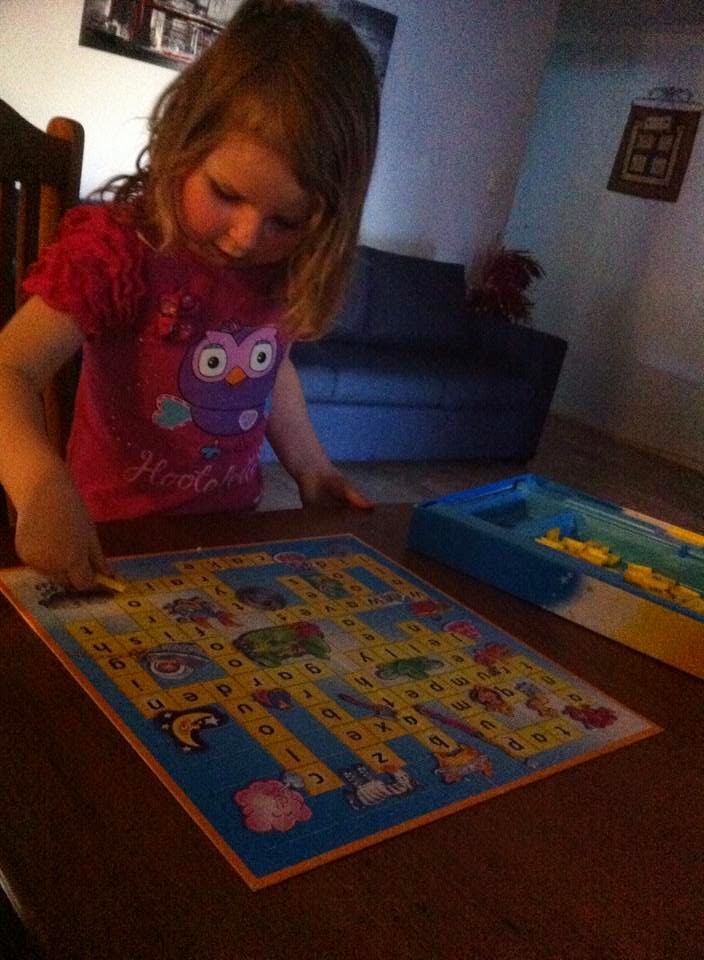 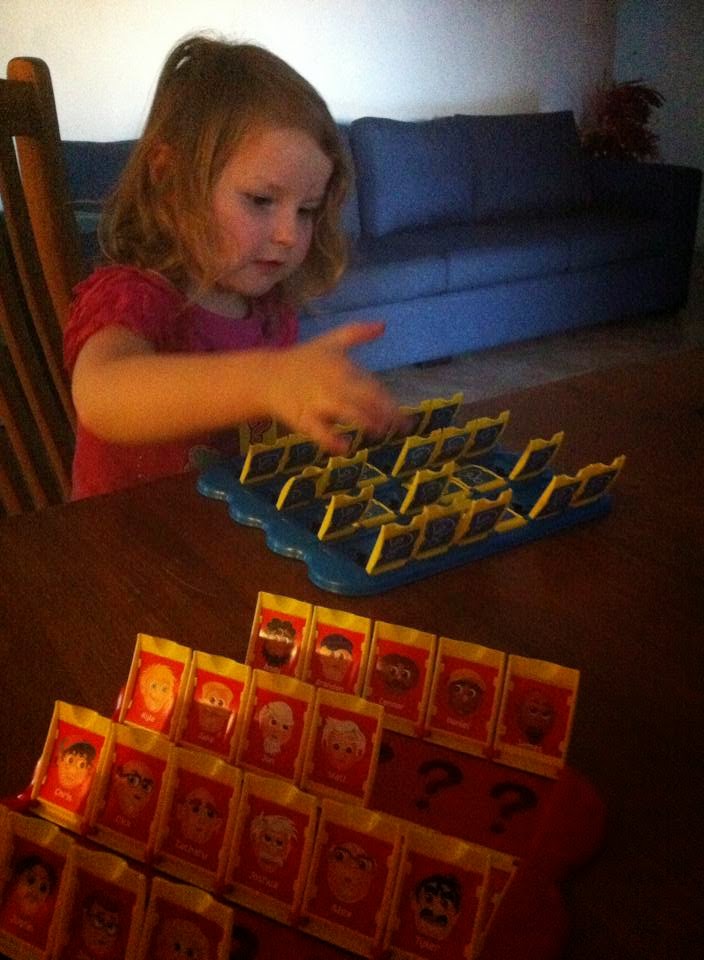 15 August:
Another day off for Jensen, though I would have sent him. So, then, no uni for me either. This assignment is never going to get done. 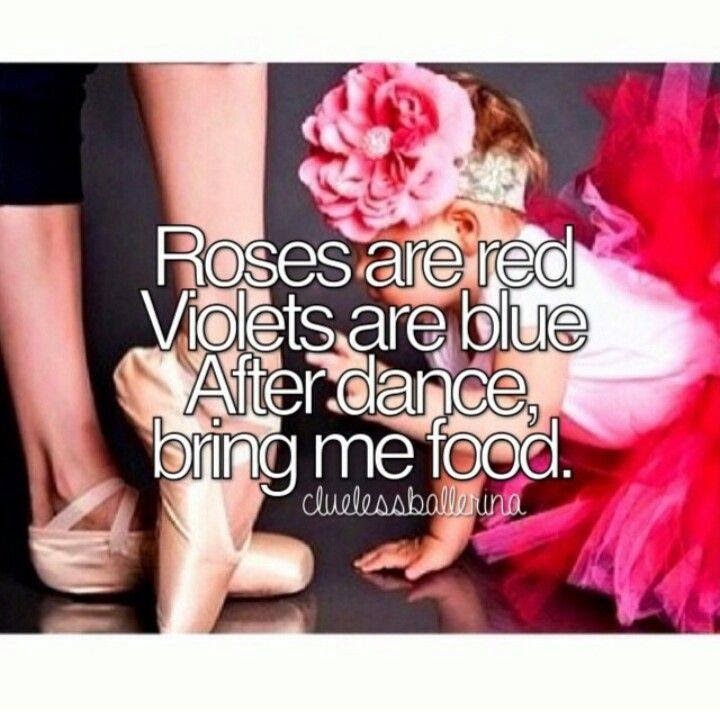 17 August:
Eden, in her delirium last night, was telling me about Megan and her baby. Apparently she watched Cars movie there. Today, this same Megan has " a baby in her tummy". She is adamant that there is a Megan. My brain is in sick mode - who IS this Megan?? 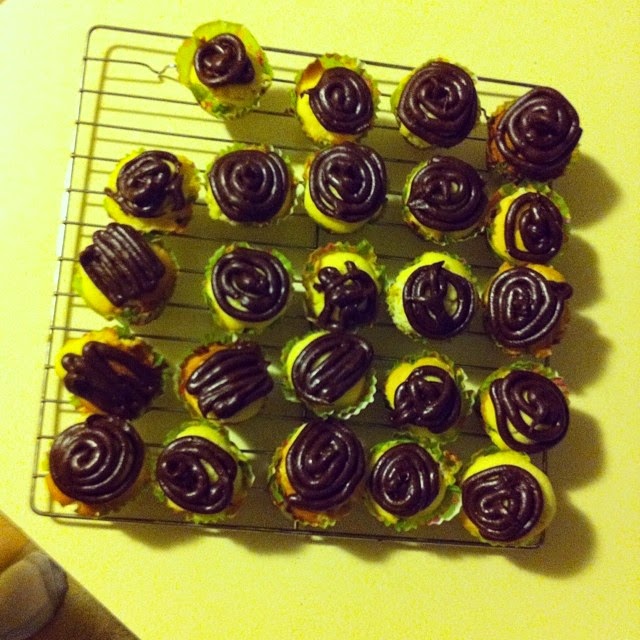 Fever Eden keeps muttering and saying weird things. She's awake, but "Jensen needs to move over" (he's in his own bed) and "what did you say, mum?" (When I said nothing) is kinda freaking me out. I already think I can hear things outside.

18 August:
Good thing I was feeling better by last night, because Eden was a nightmare. At one point she couldn't remember where pillows went. Right now, she's having a chat to someone, while she sleeps at the end I'd the bed (coz, remember, that's where pillows go). Please, world, be kind today 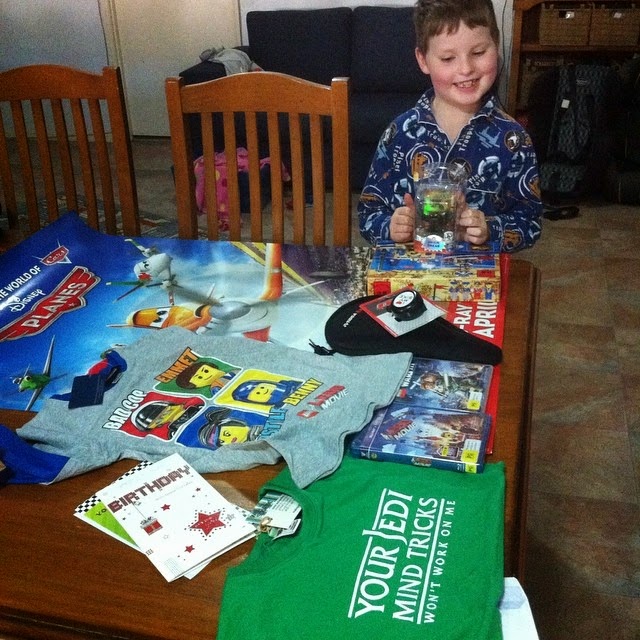 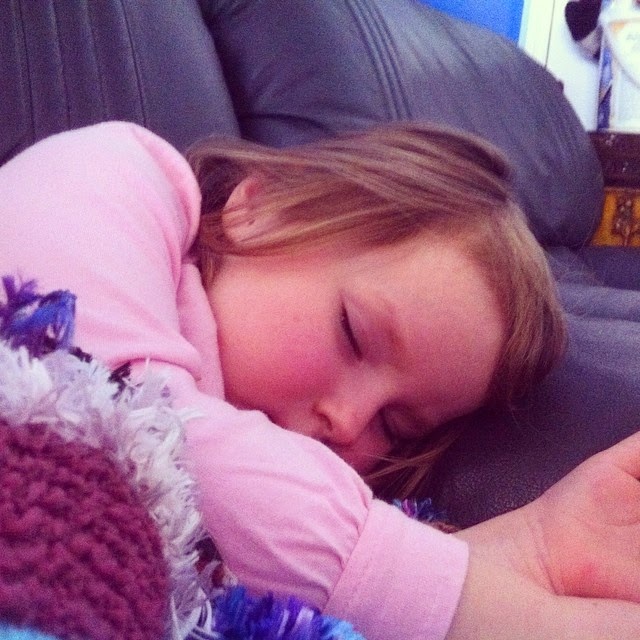 19 August
This assignment is bat-shit boring.

20 August
Not a happy camper 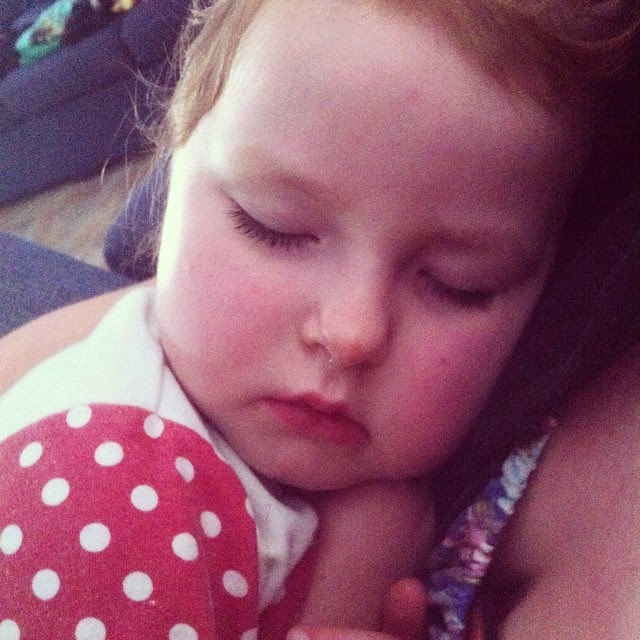 Jensen was going to go to Book week as Harry Potter... We have glasses and a tie, and I can draw a scar - but what else does he need??

Next year, I will not leave book week dress up til the night before...

Can you guess what he's going as for #bookweek ? 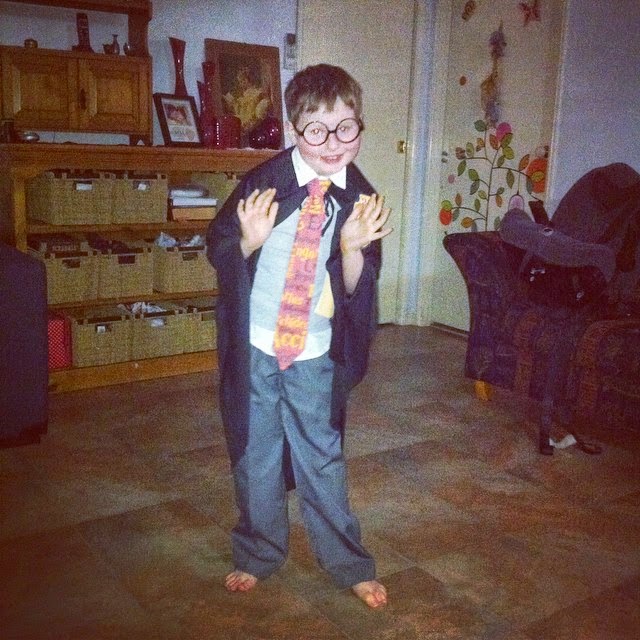 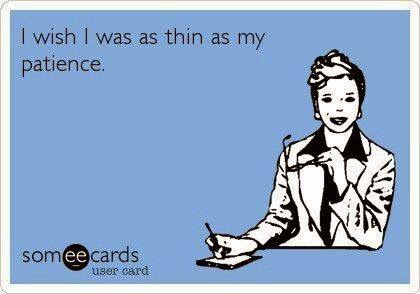 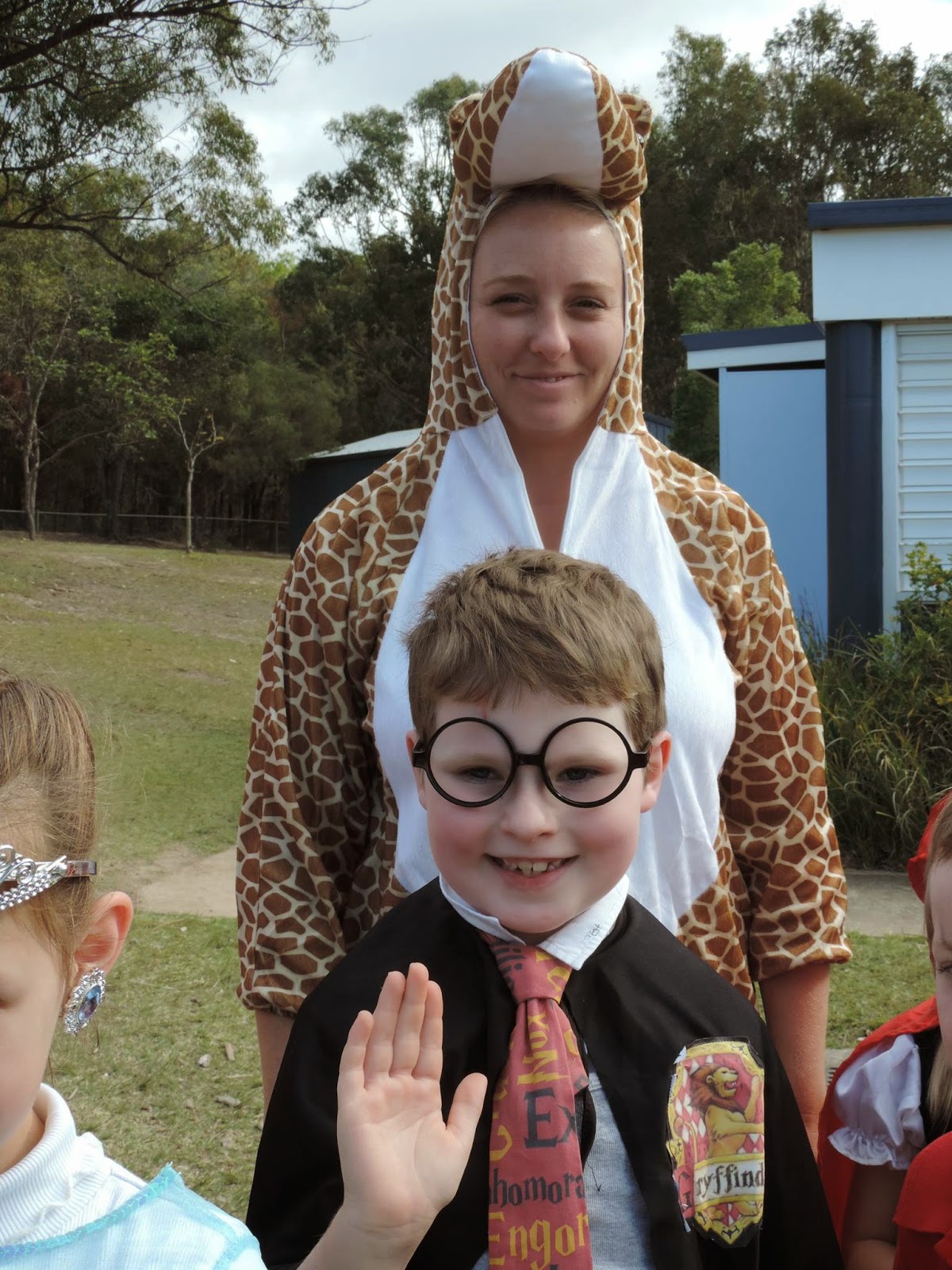 23 August
Excuse the stupid look on my face, I was kinda burning. #hottea #hospitalvisit
Posted by scone at 13:26 No comments:

oops! there's been an error!

This work is all my own.

Please respect that (and all the hard work that goes into it). Thank you.

All images, text and content is Copyright © to me

Please contact me HERE if you wish to borrow any images or texts pertaining to the pages within sconeonamission.blogspot.com